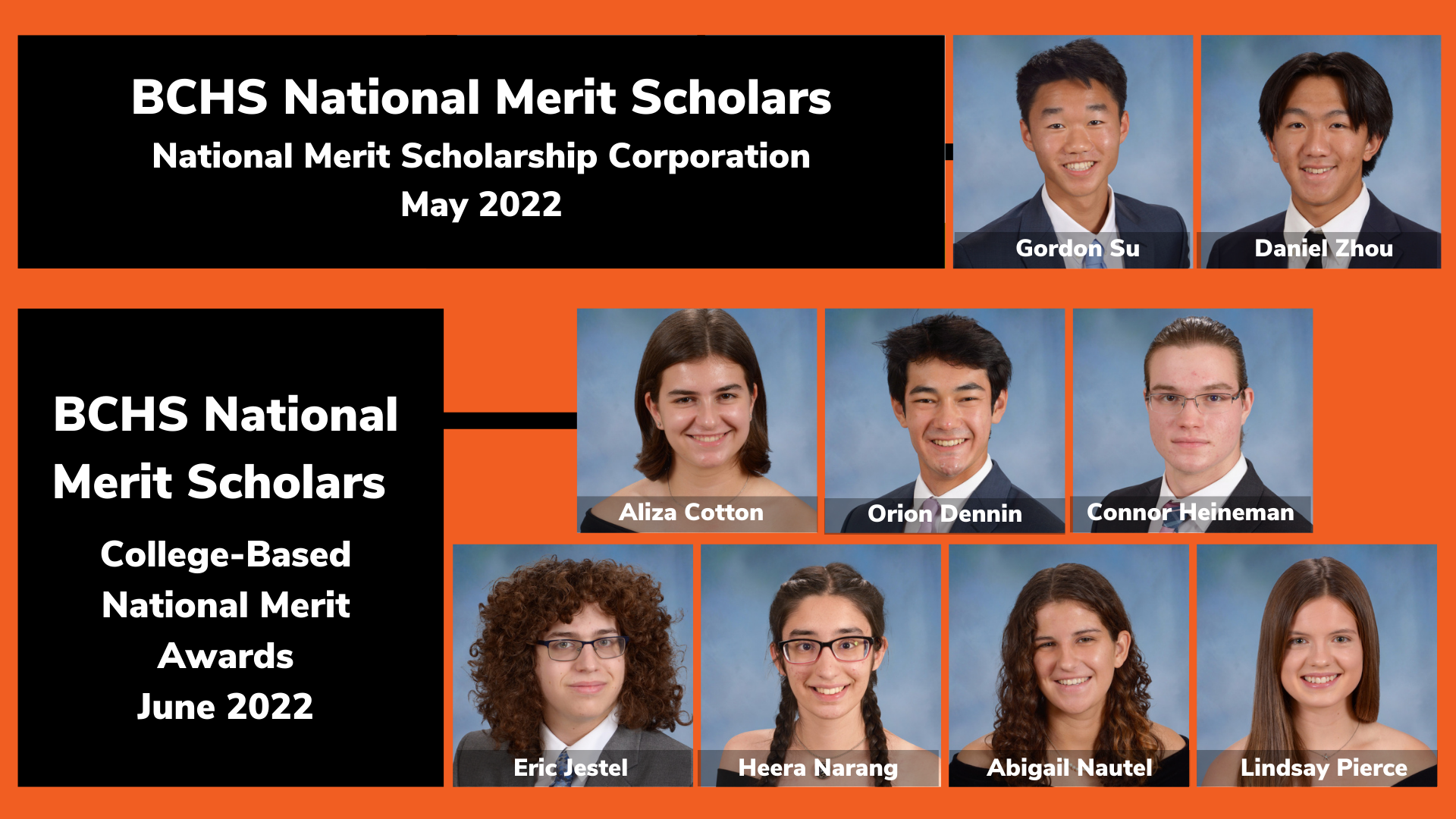 Nine members of the Bethlehem Central High School Class of 2022 have earned National Merit Scholarships, the most awards ever for a graduating class at BC.

The awards were announced by the National Merit Scholarship Corporation.

In addition, seven seniors have been awarded $500 to $2,000 annually for up to four years with a National Merit Scholarship funded directly by a particular college or university. These awards provide between $500 and $2,000 annually and can only be used at the sponsoring college.  A total of 4,000 college-based National Scholar awards are given each year. These students are:

There is one more round of college-based awards to be announced in July.

A record sixteen seniors, including the nine Scholars, were named National Merit Finalists earlier this year based on their top scores on the fall 2020 or January 2021 PSAT exam, or on an SAT exam administered between August 2020 and June 2021. The National Merit program estimates about 16,000 students qualified for this year’s awards based on their standardized test scores, representing less than 1% of high school seniors nationwide.

To then be eligible for a scholarship, finalists were required to submit a scholarship application that included an essay and a recommendation from a teacher or administrator. They also had to maintain consistently high academic performance and earn an SAT or ACT score on par with that of their qualifying score as a semifinalist.

Congratulations to these outstanding students from the class of 2022!

More information about the National Merit Scholarship can be found here.