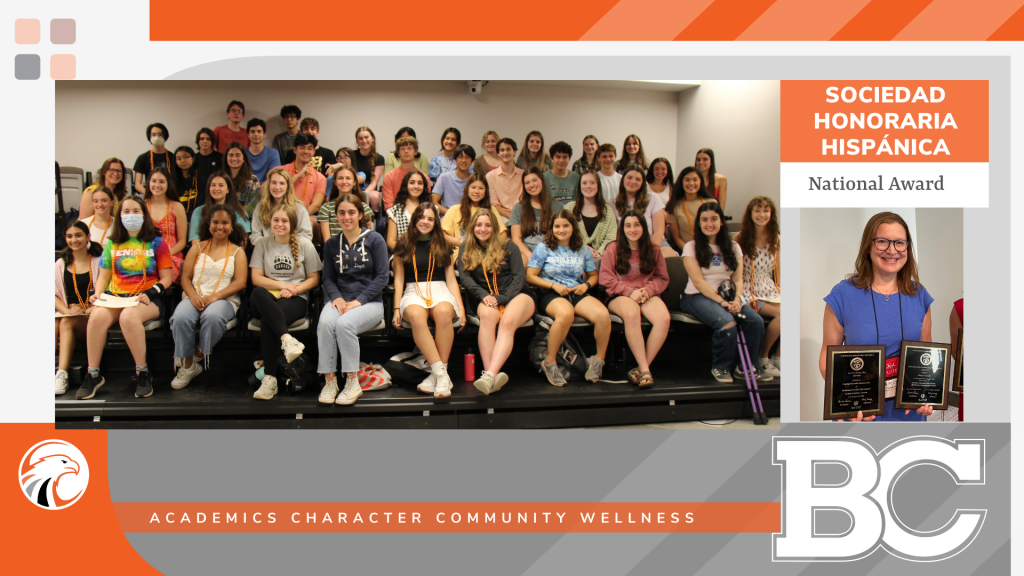 The BCHS chapter of the Sociedad Honoraria Hispánica (SHH), also known as the Spanish Honor Society at BC, was honored in July as one of the nation’s top organizations of its kind. The award was presented to the honor society’s faculty advisor Evelyn Ledezma at the national conference of the American Association of Teachers of Spanish and Portuguese. The conference was held in San Juan, Puerto Rico.

Ledezma was at the conference to collect an award announced earlier this year. The high school Spanish teacher received the Mario Fierros Award for Excellence at the national conference.

In June, Ledezma surprised the members of the SHH with news that they would also be recognized at the conference. At the June meeting, several graduating seniors were also recognized for their participation during their high school years. The following awards were handed out: