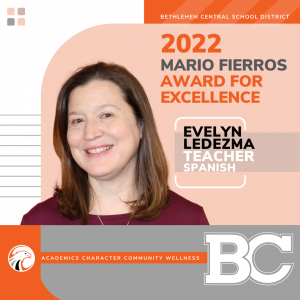 The Mario Fierros Award for Excellence is awarded to an SHH chapter sponsor who has given exemplary service to the SHH during the year.  Ledezma will receive a plaque and a travel voucher to attend the American Association of Teachers of Spanish and Portuguese annual conference, which will take place in July in San Juan, Puerto Rico.

Congratulations to Ms. Ledezma on this exciting honor!